On Thursday, April 13, Southern Oregon Goodwill hosted the second of five Stories Behind the Store Celebrations with the Douglas County event at Seven Feathers conference center. 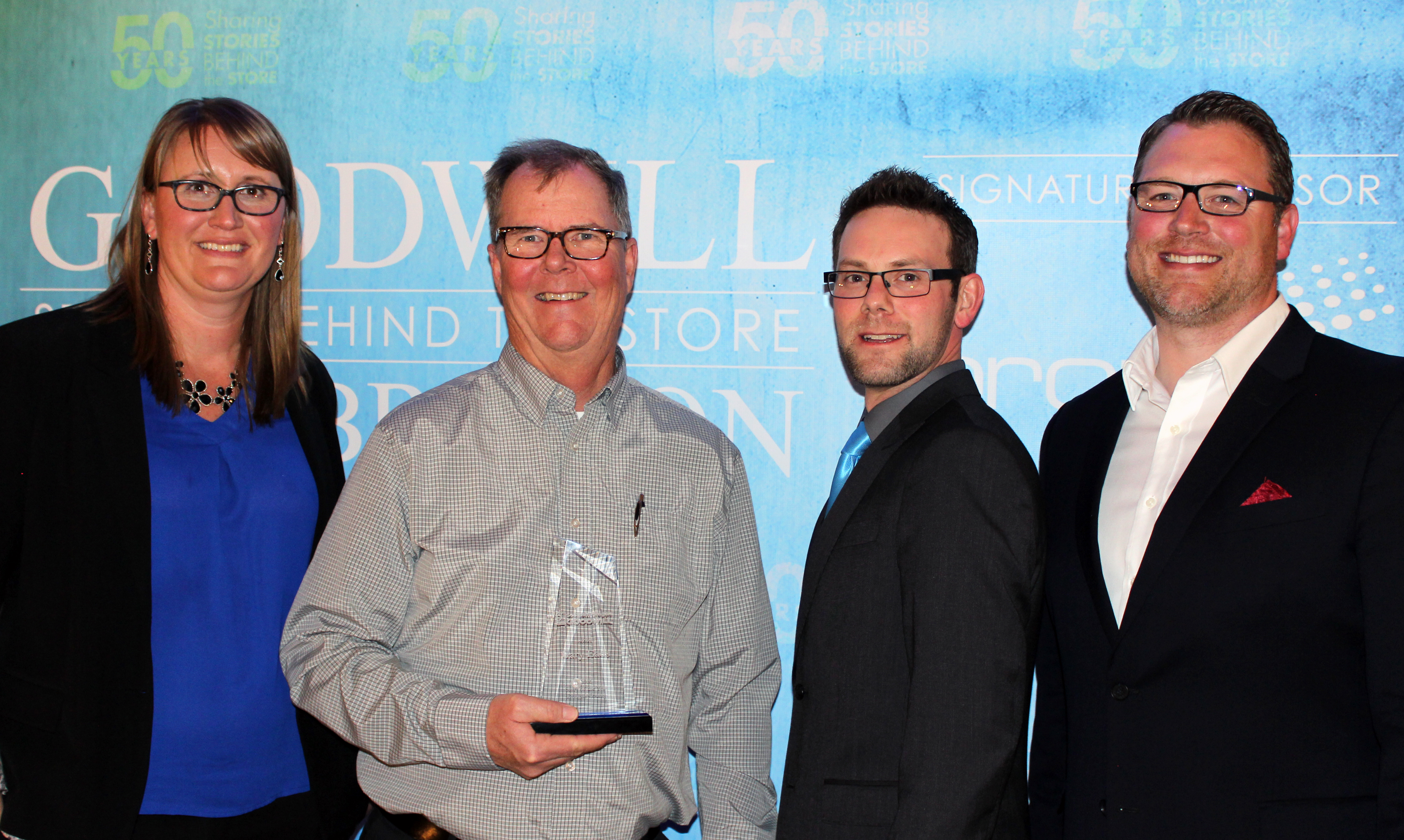 Gary Eads, owner of Eads Enterprises, a McDonald’s restaurant franchise in Douglas County, was recognized as the 2016 Story of the Year for enabling employment for several Goodwill job training participants with intellectual and developmental disabilities.
This video about his work with Goodwill premiered at the awards ceremony. 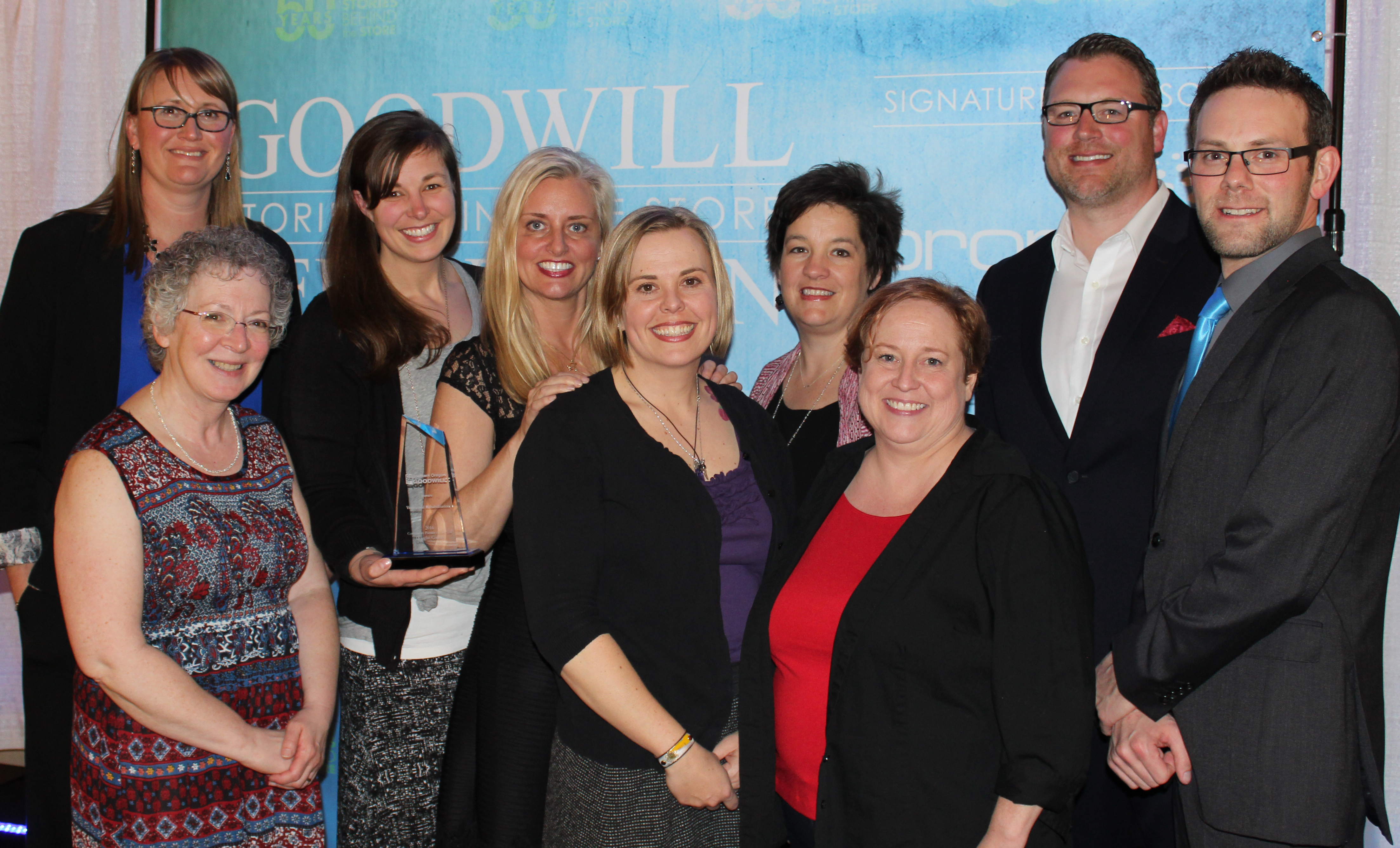 The Douglas County office of Vocational Rehabilitation was named the 2016 Community Partner of the Year for outstanding support of Goodwill’s workforce development programs with both funding and referrals of candidates for job training at Goodwill. 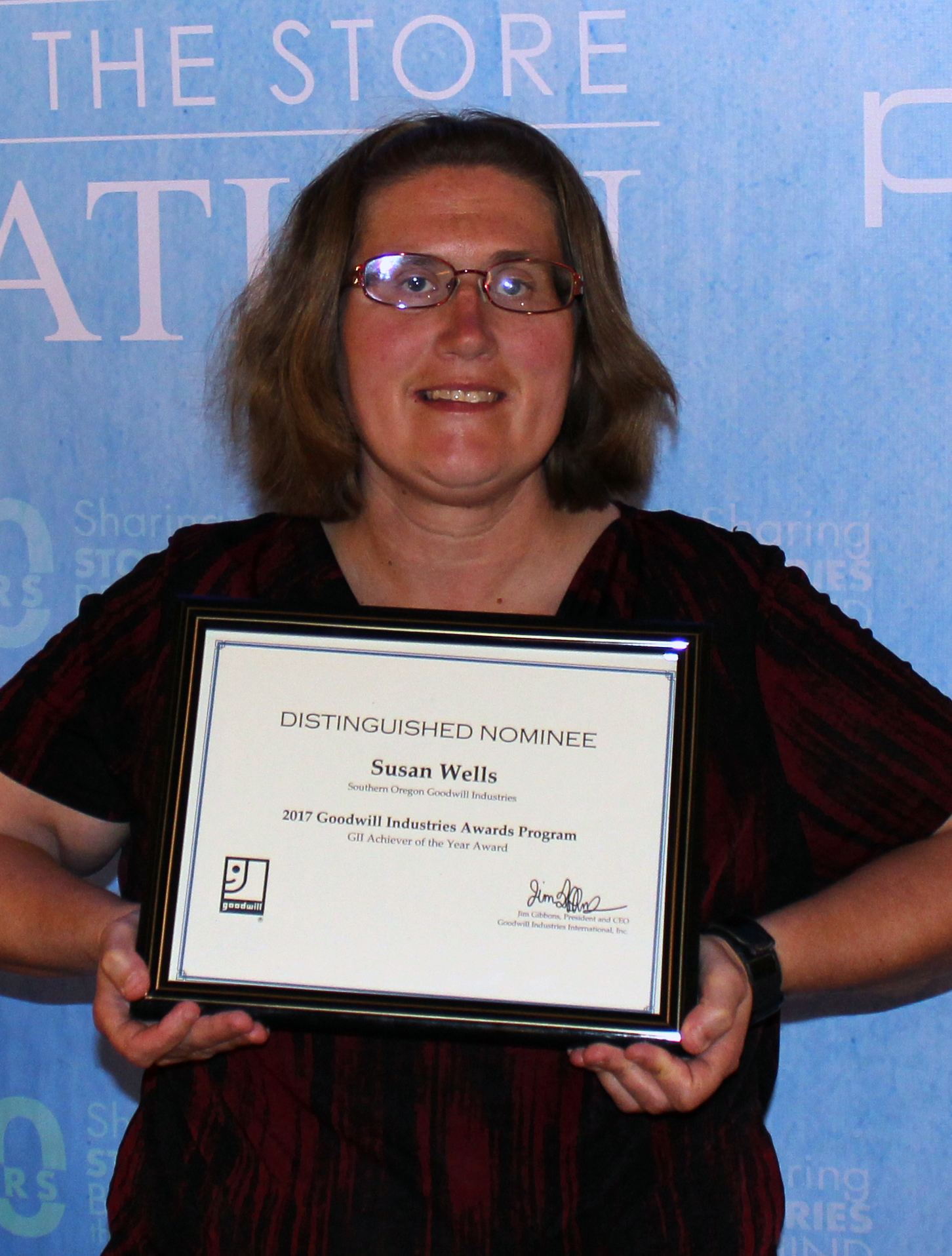 Also honored were Susie Wells, a Goodwill job training graduate who was honored by Goodwill Industries International for achievement in community employment. Susie works at Marshall’s and McDonald’s in Roseburg. 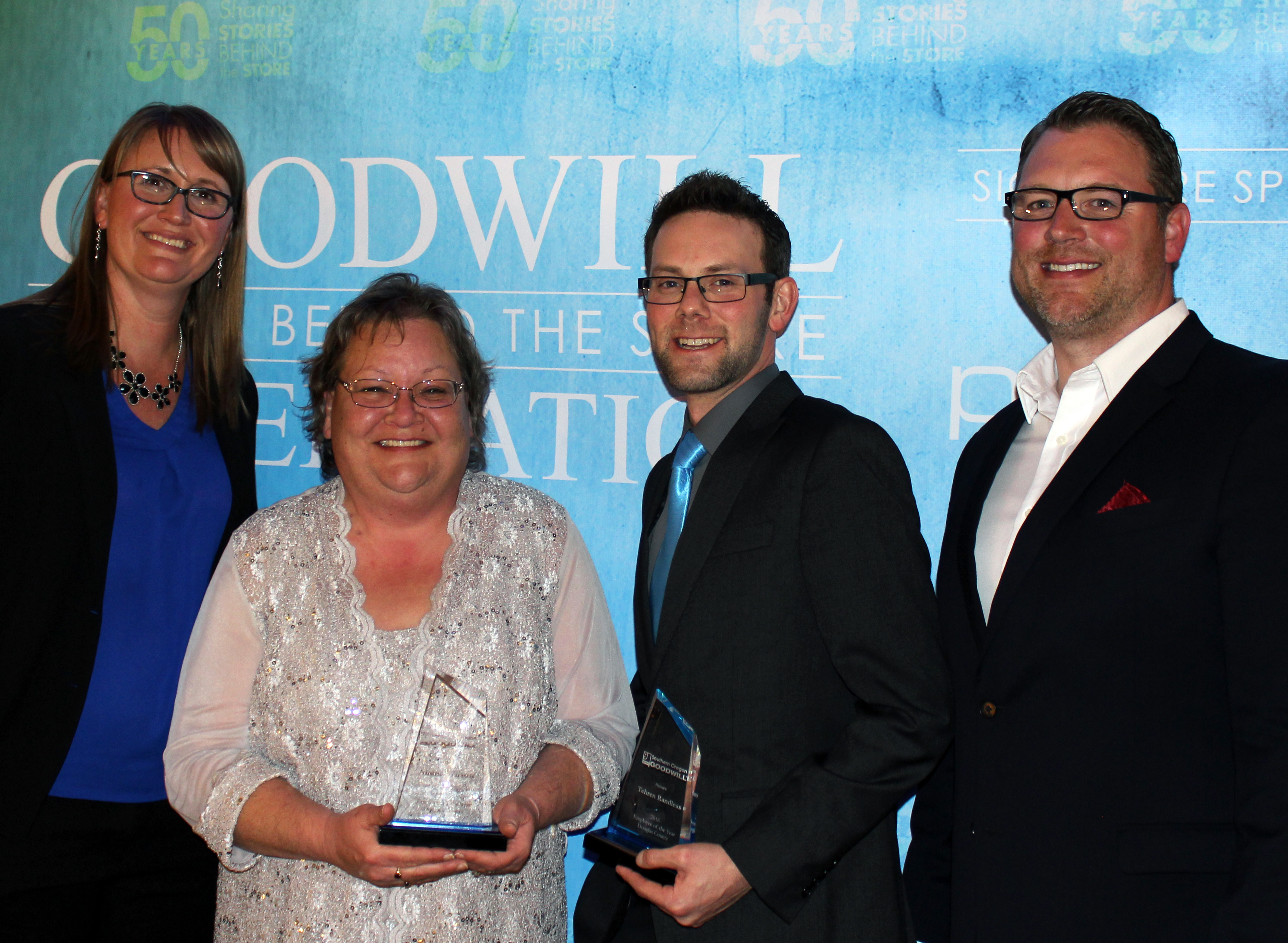 Goodwill’s Employees of the Year for Douglas County are Allena Wilson and Tehren Randleas, who were each nominated by their supervisors for extraordinary execution of Goodwill’s mission to enable employment by providing opportunities for personal and professional growth.

The inspirational evening was kicked off with a video produced by Regence Blue Cross and Blue Shield to celebrate Southern Oregon Goodwill’s 50th year of service to the region. President and CEO Shae Johns led the program by citing stories of achievement and advancement of Goodwill’s mission with thanks to donors, employees, employers, program partners, and advocates.

The Stories Behind the Store Celebrations are made possible thanks to corporate sponsorship of local companies such as SignCraft, Rogue Credit Union and US Bank and regionally by Propel Insurance.

The winners of the Miss Douglas County pageant were special guests.

Media coverage:
Emily Hoard, business reporter at The News-Review in Roseburg, wrote a story about the awards ceremony, focusing on Gary Eads and the work he was honored for.

Posted in: Goodwill in the News, Mission Services, Retail