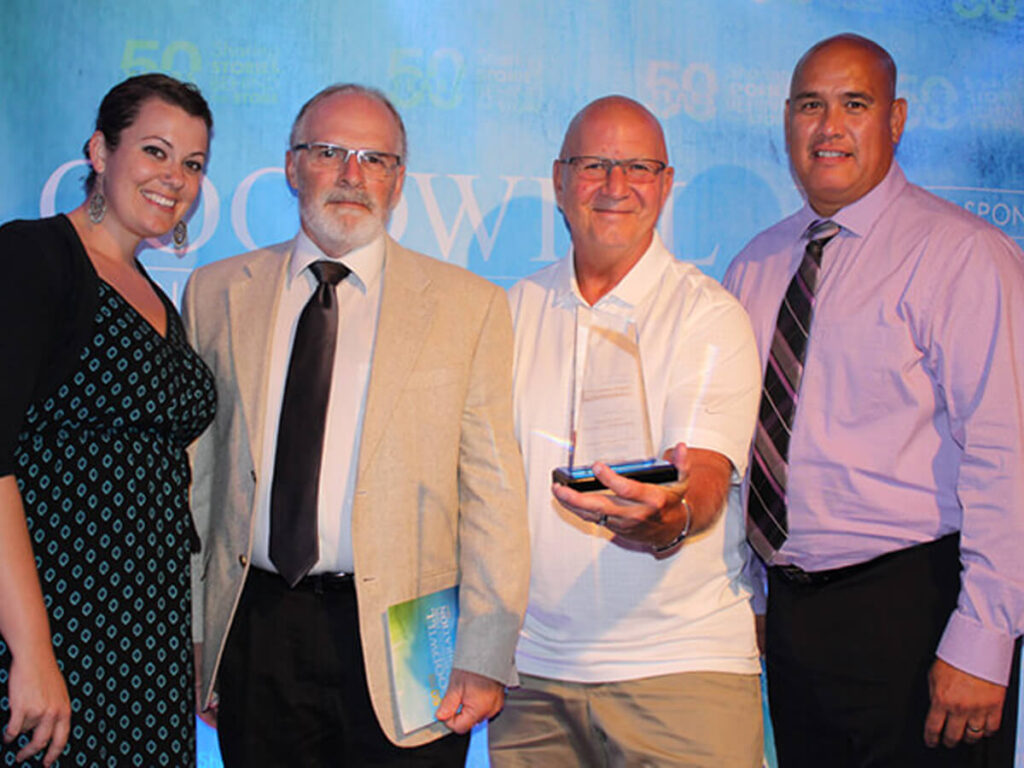 Southern Oregon Goodwill® Industries wrapped up a series of celebrations honoring the achievements of clients, employees and partners with a Stories Behind the Store Celebration for Jackson County on July 20 at the Rogue Valley Country Club.

The Story of the Year was Hayley Taylor, who came to Goodwill to earn her GED and get work experience and now is a Job Coach at the Job Connection in Ashland. See her inspiring story in this video, which debuted at the event.

President & CEO Shae Johns presented the award. She is seen at the right in the photo below along with Steve Dorris, who works for Goodwill in Klamath County, Hayley’s son Gavin Patterson, Hayley’s dad Dale Taylor, Hayley’s daughter Dakota Patterson, and Hayley Taylor.

The Community Partner of the Year was Charlie Lewis, a dedicated veterans’ advocate and Transitional Work Experience Case Manager with the Department of Veterans Affairs. Charlie was unable to attend, so Al Turner from the VA accepted the award on his behalf. He is seen here with Shae Johns and Kris Kreutzer, Goodwill Director of Workforce Development in Jackson County.

Goodwill honored two employees of the year in Jackson County: IT Systems Operations Manager Erick Watson and Retail Production Associate Theresa Von Haden, who is a key holder at the White City Store.

Special recognition also was given to Goodwill Quality Assurance Coordinator Kristi Bonham, who won the 2017 Edgar J. Helms Award for Staff from Goodwill Industries International, and Southern Oregon Goodwill graduate Justin Hon, who was nominated for the Kenneth Shaw Graduate of the Year Award, a GII award.

KDRV Newswatch 12 broadcast live from the event. Reporter Emma Balkenbush reported from the scene and the story also contained an interview done earlier in the day with Shae Johns.

Here is the story from the 5 p.m. broadcast.

And here is the story from the 6 p.m. broadcast.