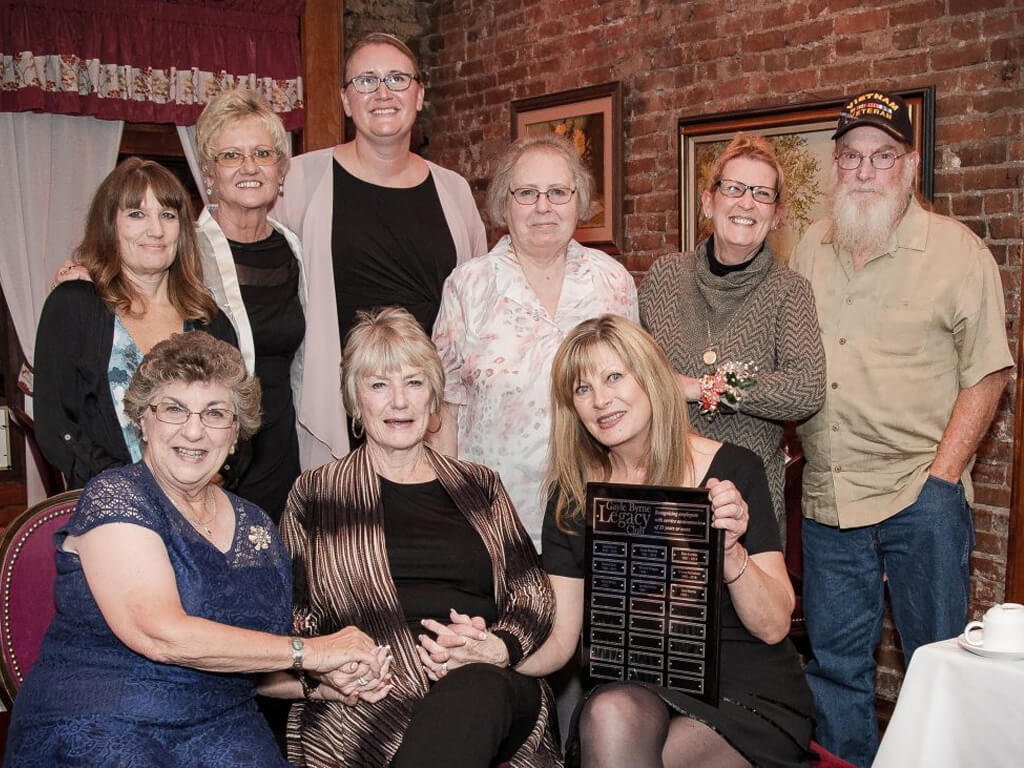 Employees with service anniversaries of 25 years or more will be invited into the club in the years to come. Gayle and eight others are the first inductees into this esteemed club and were celebrated at a gathering in late September.

“Creating the Gayle Byrne Legacy Club is a way to honor Gayle’s incredible contribution to Goodwill and to celebrate the longevity of dedicated Goodwill employees,” sayes Shae Johns, who succeeded Byrne as President and CEO in 2014. “It is an honor for me to be able to celebrate with each of the inductees for achieving this career milestone.”

Byrne, her husband Michael, and daughter Natalie traveled to Medford for the first annual induction ceremony from their home in Seattle.

A plaque is on display in the lobby at administrative headquarters in Medford and eligible members will be added in the future. Four of the nine in the club are current employees.